I’ll start a series of posts for each panel. Here is the first one… 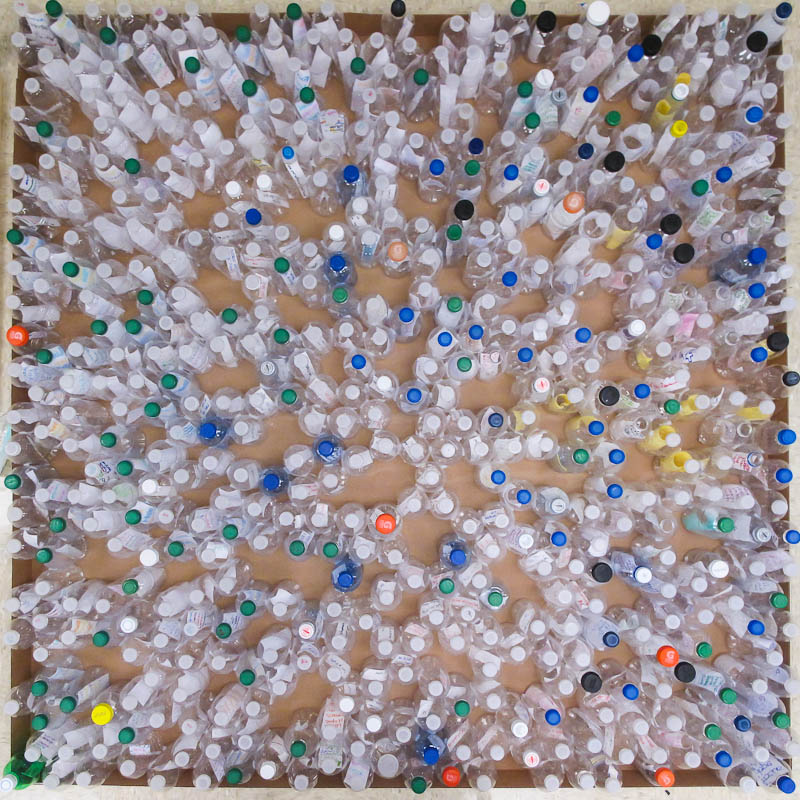 This is the first panel so I wanted to keep it pretty simple using techniques already tried for the various test walls. It’s easier to leave some gaps so that the various diameter bottles just naturally seem to fit. There is always a certain amount of randomness that you have to accommodate, every bottle is slightly different. It’s also easier to build bottom side down as opposed to sideways because each bottle’s base is slightly wider than the tops (some more so than others). As I was building the first test wall it was evident that the wall was tilting as it grew taller.

Another aspect of the design is the actual color and patterns of the bottles. If you grab whatever is in a single bag and go through that bag entirely before starting on the next, there is a chance that there will not be an even mix of bottle shapes, colors, or cap colors. For most of the designs, I’m after a uniform randomness. Dorian is sorting the bottles into bins so that I can have a handy way to choose the bottles before I start construction. 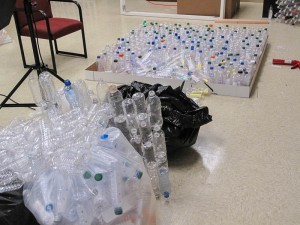 “Dots” is named after the pattern of brightly colored caps that are visible on the front face. Only after I finished did I realize the number of blue caps that ended up in the design. Normally, blue is not that common so I was lucky on finding the right bag. The panel was constructed on the floor before I realized how much easier it would be to raise the tray to bench height!  I looking forward to the remaining 27 designs.

Filed under Construction, The Wall, Thoughts.

React Theme by The Theme Foundry